The 35th National SPERA Conference was proudly hosted by the Faculty of Education, Queensland University of Technology. 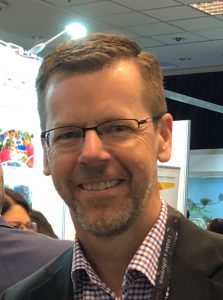 SPERA is thrilled to announce that Tony Cook, Director General of Queensland’s Department of Education has confirmed as a guest speaker of the conference.

Tony is a registered primary school teacher with a major in early childhood education. He has been a deputy principal and has taught in schools and preschools in Queensland and the United Kingdom. He holds a Bachelor of Education from the Queensland University of Technology.

In October 2013 Tony was made an Honorary Fellow of the Australian Council for Education Leaders, and in January 2014, he was awarded a Public Service Medal for outstanding public service, especially in driving schools policy and funding reform in Australia.

Join us in a gathering of international rural education scholars to network, present your work, and receive valuable feedback and advice from experts in the field.  This exciting event will be held on the campus of QUT the day prior to the 2019 SPERA conference and is targeted at postgraduate research students, early career researchers, and scholars new to the field.